HAPPY first day of the merry month of March 2016–Can you believe it’s March already?

Today I’m sharing an 8-1/2-x-11-inch scrapbook layout that was inspired by the “Damn Daniel” viral video sensation. If you haven’t heard of these videos, no worries. Just go ahead and Google it. My kids told ME about it. At first, I was a bit puzzled, but then after watching a few of the super short videos, I started saying the catch phrase, too. Anyway, Daniel is sporting some crisp white Vans in a few of the videos, and well, I’ve got some Vans that I’m pretty proud of, too. 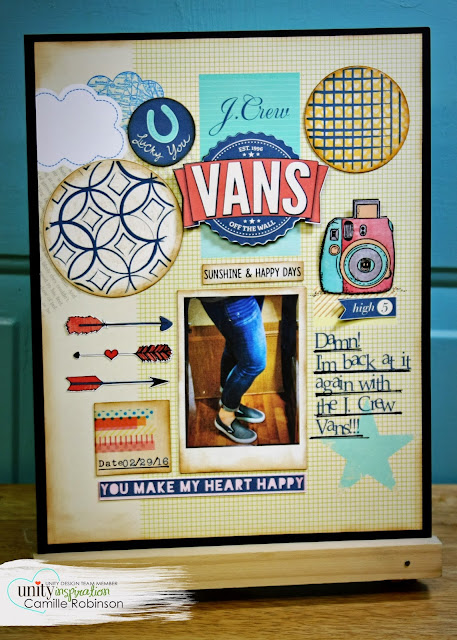 That’s me in the photo sportin’ my J.Crew Vans that I brilliantly scored recently by trading clothes. That’s a whole other addiction of mine—clothes trading. I’ll save that addiction for another layout. I used a couple of Unity’s Kits of the Month, including this month’s Kit of the Month, and the July 2015 Kit of the Month, with some SMAK kits from January and February 2016.

Here’s a peek at this month’s Kit of the Month. Clicking on the image will take you to the Kit-of-the-Month subscription page at Unity Stamp Company. 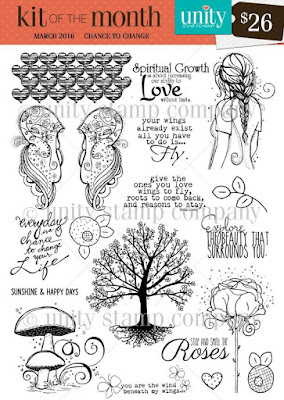 Now onto the really good stuff—SHARING your creations made with Unity’s stamps. 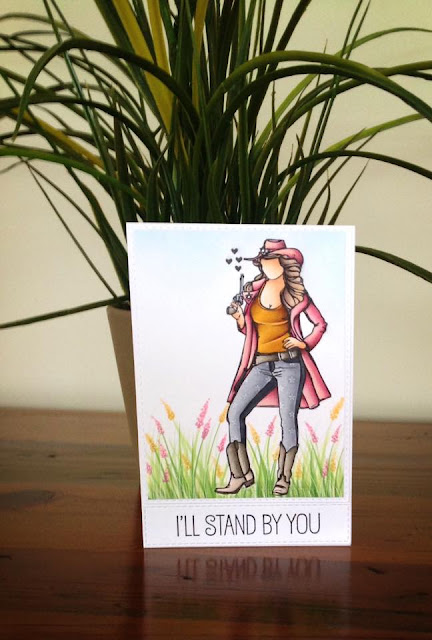 I was beyond impressed with the above submission by Debra James in this week’s Unity Show & Tell Challenge found over at the Unity Show & Tell Facebook Group. It’s absolutely jaw-dropping. Wouldn’t you just be giddy to receive this? I would–it’s gorgeous!
Check out those boots!

Now I leave you with a quote–Happy Day! 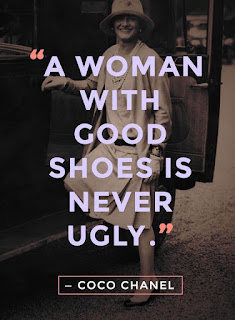